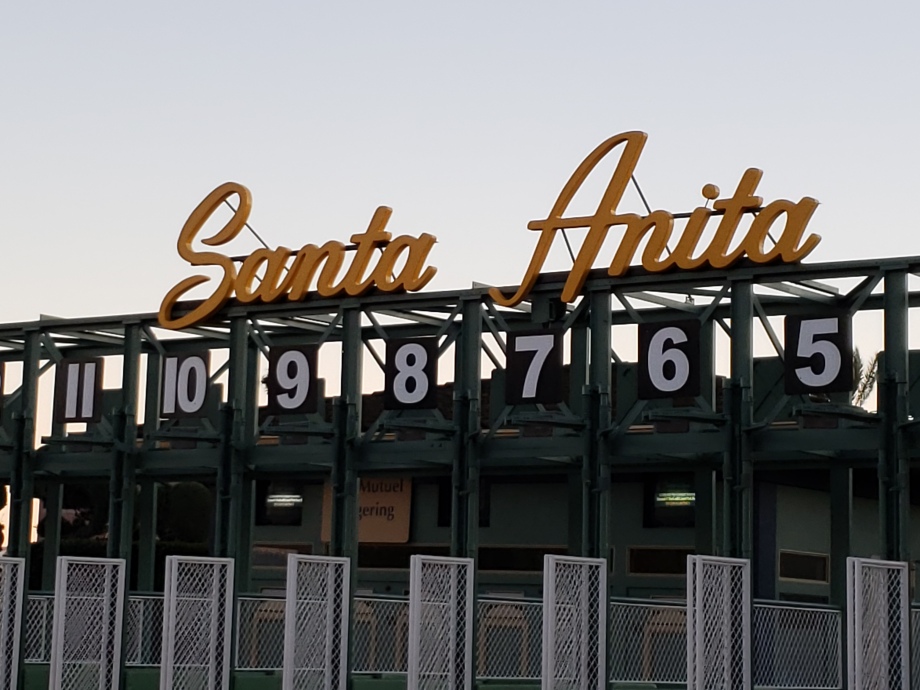 The Santa Anita racetrack, known as “The Great Race Place,” is a not so hidden gem sitting less than 20 miles east of Los Angeles in the city of Arcadia. But what makes it such a great place? For one, it’s world renowned for its natural beauty with the San Gabriel mountains framing the backdrop of the track. It’s also home turf to some famous jockeys and horses. That’s right, horses can be famous too! In just the last five years, two Santa Anita-based horses, American Pharaoh and Justify, have won the Triple Crown. Pretty impressive since there have only been 13 Triple Crown winners since 1919. Santa Anita was also the first formal racetrack established in California, opening on Christmas Day in 1934, and was a pioneer in implementing the photo finish and using starting gates for each race.

A love for horse racing is undoubtedly in my blood. My parents grew up in Louisville, KY, frequenting Churchill Downs, the home of the famous Kentucky Derby. There’s something magical about that track, and in some ways being at Santa Anita makes me feel closer to that history. My earliest memory at Santa Anita was when I was around 8 years old. My oldest brother, who would have been 23 at the time, took me to see the horse races. I picked a horse for him to bet on, and with my beginners luck, he won a few dollars. Something about that experience enamored me. In my adulthood I became an avid racetrack goer after visiting a few times with a co-worker, and I soon began introducing many of my friends to the track and organizing outings there for birthdays or other group gatherings.

The racetrack is a great place to come together with family and friends and spend time outdoors. There’s live racing at least four days a week during the winter and spring seasons. One of the unique experiences is that you can sit in the Infield in the middle of the track and watch the races around you. In addition to the admission and parking being free a couple days per week, and with admission starting at $5 on other days, you can bring in your own food and drinks for a picnic, and there are a number of special events and discounts throughout the season. Also, if you become a Thoroughbred member (which costs $0), you get free passes in the mail regularly for multiple days throughout the season. 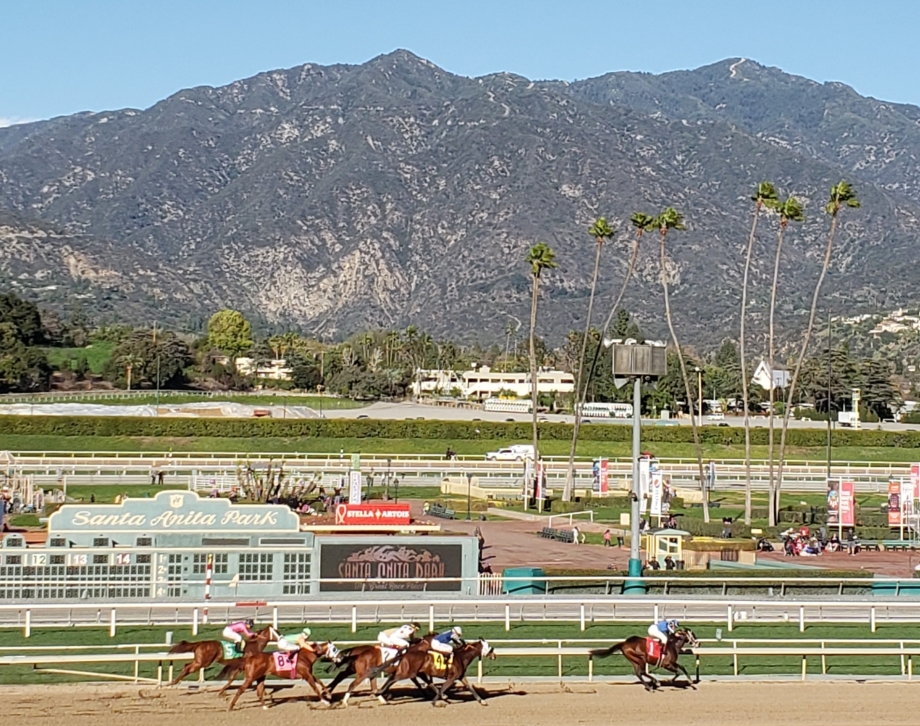 Like all pastimes, there’s more to Santa Anita than just horse racing and there are plenty of ways to enjoy all else the track has to offer. Special events include ice skating during the winter, beer and wine festivals, food events, concerts, and an annual car show. Much like any other great place to gather, it’s about the ambiance and the diverse community experience that it provides. You will see people from all walks of life, some dressed to the nines in traditional, stylish racetrack attire (suits, fancy dresses and statement hats), and others in the Southern California standard; t-shirts, shorts, and flip flops. There’s no pressure, but rather a feeling that you can be whoever you want without judgement.

Santa Anita’s history hasn’t all been roses, though. It has it’s own share of participation in a dark era of America’s history. During WWII it became the country’s largest “Assembly Center” where 19,000 Japanese Americans from all over California were held for seven months in preparation to be sent to Internment Camps that were hastily being constructed after Japan’s attack on Pearl Harbor. People were forced to live in the horse stables and underneath the grandstand in makeshift housing and military barracks in the racetrack’s parking lot. A simple plaque now recognizes this stained past at the track.

Perhaps it’s knowing this past history and seeing the current environment of inclusion that adds to my appreciation for a place that can outgrow its faults and still bring joy for future generations. These types of places that continue to bring people together are particularly needed now more than ever in the seemingly growing divisive social, political, and cultural climate of our country. Despite its past, Santa Anita is a place that allows you to build lifelong memories. With all the beauty around that welcomes everyone, Santa Anita truly is The Great Race Place. I hope to see you there! 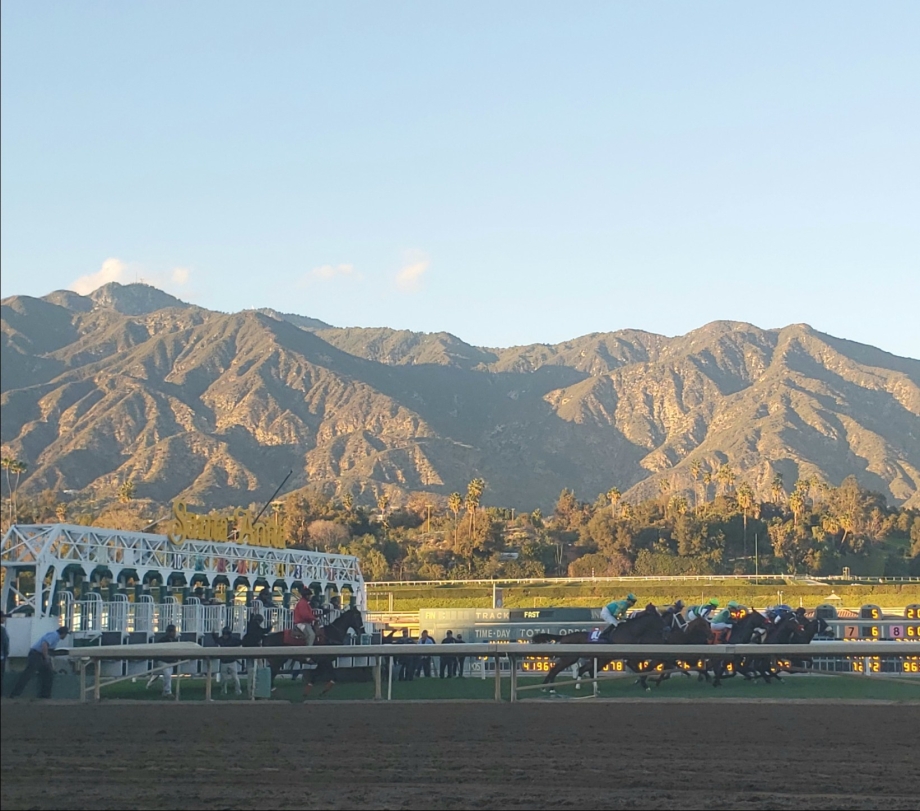 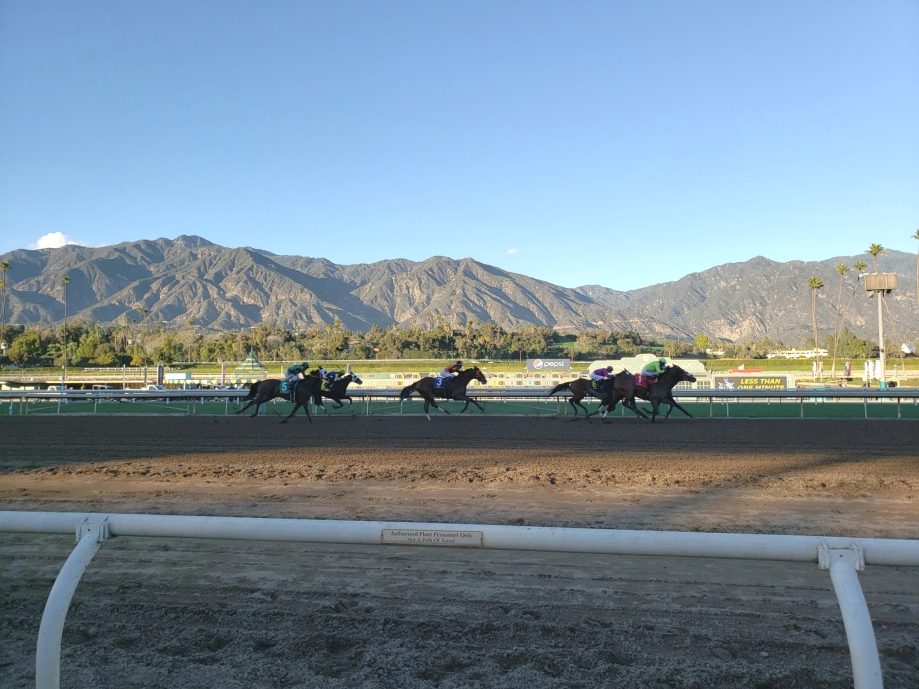 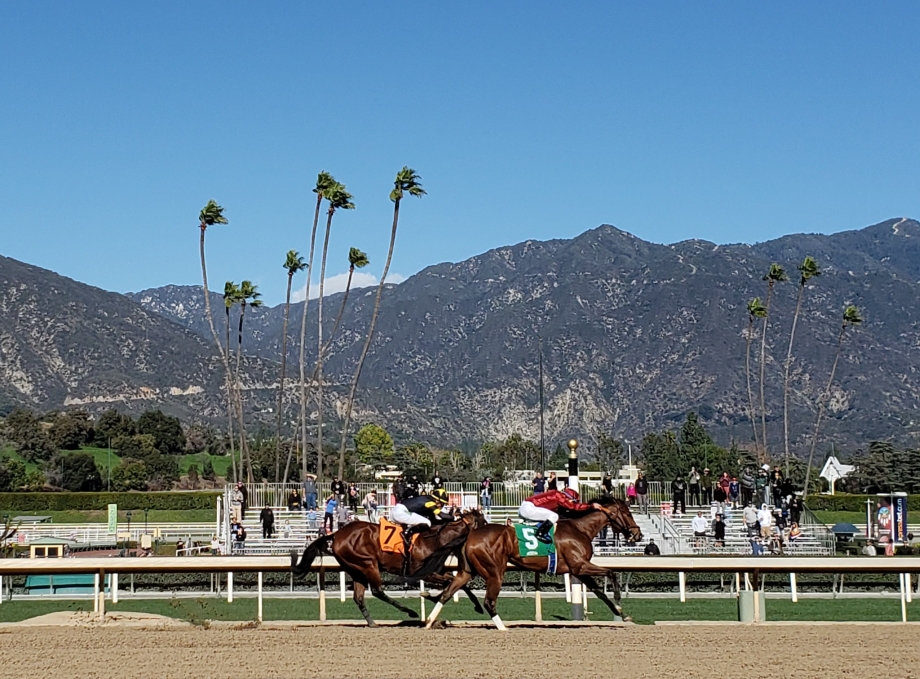